There have been some weird transfers over the years. Some that just didn’t make sense at the time and seem even worse when you look back. Here are some that stick in my mind:

The whole thing was just weird. Clearly too good for them. Eventually made his move to Man U and won it all. What’s unreal is he was at Fulham for FOUR years. What a total waste of time.

May not seem that weird but as a Newcastle fan, we couldn’t believe Arsene Wenger paid us twice as much as we did for him, to take him off our hands. He’s done nothing at Arsenal and none of us are surprised. Weird.

(I also have to mention Julian Faubert from West Ham to Real Madrid on loan. Very strange one)

Seriously this one was weird for the entire time he was there. He was clearly too old and contributed to Fergie’s worst ever season in the Premier League. So ridiculous.

This one was weird right? No-one could understand it. He then helped them win the league. So weird. He’s now not in the team. Not so weird.

I found this one just very strange. I couldn’t get my head around it. Fergie never sells to a rival, so he must have been past it, but he wasn’t that bad, which made it all just weird.

Has there ever been a weirder permanent transfer? He actually played as well. Twilight zone. 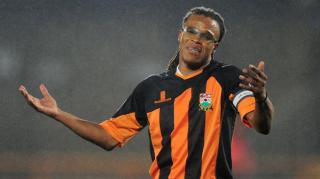 This wasn’t a transfer and he was player-manager (kind of) but come on. Edgar Davids playing for Barnet? Weirdo.

I could have put Fernando Hierro in this team or even Djorkaeff but Campo was still in his prime and had only recently stopped polishing his Champions League medal. He would spend six years at Bolton. Six.

PSG, Arsenal, Real Madrid, Man City, Fenerbahce, Bolton, Chelsea, wait what? If Anelka were to go for a job interview, he would need to explain the gap in his CV for that 2-year spell at Bolton Wanderers. How? Why?

This was just weird. It’s like it never happened but it did and I for one can’t forget it. George Weah was a mirage, a mysterious idol to be watched only on Football Italia, winning World player of the year. Not struggling to play up front with Chris Sutton. No. No. No. 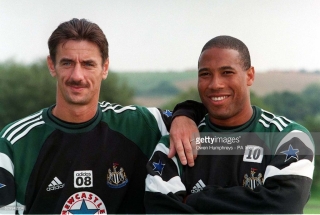 First off, these are two players so technically makes my XI a 12 man team. However, they came at the same time and given their ability at their respective ages, they just about make up one players worth.

As a Toon fan, I watched Kevin Keegan sign Ferdinand & Ginola in 1995 and almost won us the league. I then saw Kenny Dalglish sell them both in 1997 & replace them with over the hill Ian Rush & John Barnes. What? I know they say ‘sign what you know’ but this destroyed our team and put the club back for years. Perhaps forever. Why Kenny? Why? Utter nonsense.

“On most occasions transfer requests don’t come from the player, they are instigated either directly or indirectly by the player’s club” 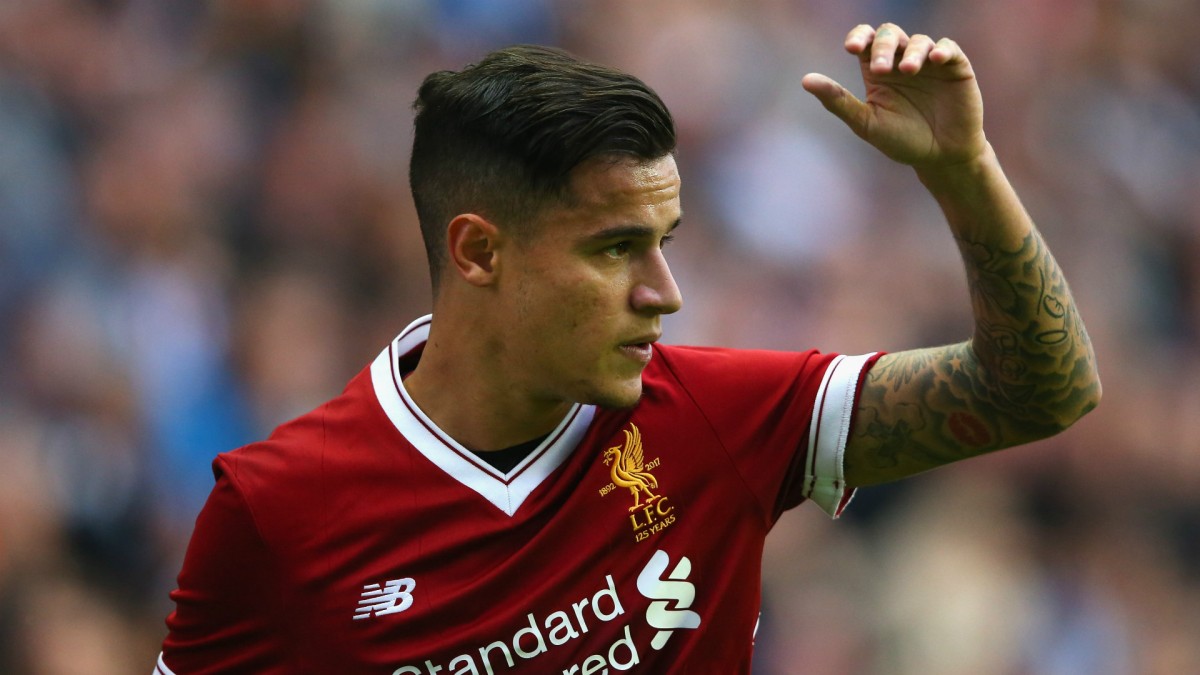 We live in an age where players look to demand transfers and force their way out of their current football club to go to another, as player power rules all and contracts aren’t worth the paper they are written on. They do this by issuing a transfer request to the shock and dismay of their club. Right?

Wrong. On most occasions transfer requests don’t come from the player, they are instigated either directly or indirectly by the player’s club for a couple of reasons. The main one being when a player signs a contract with a club they (somehow) have a ‘loyalty bonus’ within that which is paid out to them if they were to leave the club before the contract expires. Mental, I know.

Now for a club to get out of paying such ‘loyalty bonus’ the player himself needs to show a distinct lack of ‘loyalty’ by doing something like issuing a transfer request to enforce a transfer away from the club. Once this is in place the club don’t have to pay him squat in any ‘loyalty bonus’ and save themselves millions of pounds.

The other reason a club will want their superstar, or not, player to hand in an official transfer request is accountability. We all here fans & pundits criticise their clubs when they sell a big player as they wanted them to stay.

Remember Liverpool making a huge mistake selling Xabi Alonso to Real Madrid? Fans and experts alike will still tell you today that it was. The fact is, the only mistake Liverpool made was to not get Xabi Alonso to make his desire to join Madrid public and officially request a transfer. If they had, then this myth that Alonso had any remote chance of staying at Anfield wouldn’t exist.

Liverpool should have never sold Xabi Alonso to Real Madrid. Their downfall as a club started from that moment

We sit here as I type with Philippe Coutinho and Virgil Van Dyke wanting to move to bigger football clubs but both of their respective clubs have issued unwavering statements categorically stating ‘he ain’t leaving, no matter what’. Since both statements were released to the media, sure enough, the player’s agent have released their own ‘statement’ of sorts with official transfer requests.

Now, if and when Coutinho and Van Dijk make their moves before 1st September, not only will Liverpool and Southampton have made an eye-watering amount of transfer money, they will have saved a few million by not having to pay the player his ‘loyalty bonus and also NOBODY can criticise the club for not trying to keep the player. It seems to be a win-win for everyone involved, although that isn’t necessarily true.

“He is part of the club, he has a contract.”

The party which will have a cloud hanging over them will be the player. Liverpool fans are already burning their Coutinho shirts as we speak and Southampton fans will never name their child Virgil if they were for some reason thinking about it. Plus, they also miss out on a few million of a loyalty bonus but the dent in reputation will hurt more than in their hefty pockets.

Have a look at the criticism Chelsea have received by selling Nemanja Matic to Man Utd and the constant questions Antonio Conte has to answer for his clubs ‘strange’ behaviour. The fact is, Matic wanted to work with Jose Mourinho and Chelsea had already replaced Matic with a younger player in Bakayoko weeks previous.

Now if Matic had handed in an official transfer request, would Chelsea be receiving any criticism? Doubtful. Would Conte be needing to defend his clubs actions in selling Matic to a rival? No. With all this in mind, it makes you actually wonder why the club didn’t go down the tactical transfer route to save them the trouble. Perhaps they did but the player refused.

The Premier League champions sanctioned the Serbia international’s departure to Old Trafford in July for a fee of £40m.

However, the Sky Sports pundit has labelled the sale “strange”, especially given the role Matic played in helping the Blues win the Premier League last season.

Football is a dirty business at times. We all know that player power rules football. But the factor of an official transfer request before any deals go through actually puts the club in a very controlling position.

They can sell a player, potentially destroy his reputation (at least with its own fans) and keep their own reputation intact by avoiding any potential criticism for lack of ambition or being a sell-out. The player issuing a transfer request gives them ‘no choice’ at the end of the day. No responsibility.

In some instances, like the Andy Carroll £35million transfer from Newcastle to Liverpool in 2011, the club rang Carroll up as he was already on his way to sign for Liverpool (in Mike Ashley’s private helicopter!) requesting that he handed in a transfer request otherwise the deal was off!

Carroll didn’t have much choice and did as he was asked which saved Newcastle a couple of million quid by avoiding paying his loyalty bonus but at the same time destroyed the local lad’s reputation with some Geordies that will never be fixed.

So the next time you see a player hand in a transfer request ask yourself why? Is it him throwing his toys out the pram and demanding a move or is the club forcing it upon him?