One thing I have always said, and I am in the minority (but I like that), is that a problem the England football team may have is not with all those foreigners coming over here, it’s that our own boys don’t go over there.

Think about it. Some of the best players that have ever played the game, especially in recent years, leave their own country and play abroad. Often over here. Then represent their country proudly and win the World Cup or Euros or Copa America or whatever.

Let me give you two modern day examples:

Cristiano Ronaldo – grows up in Portugal. Learns the technical side of the game, learns all the ins and outs of his countries football culture, socially and psychologically.

Goes to England. Learns the physical, end to end all out action side of the game. Learns Socially the complete difference with his fellow players and also the manager and the press. Becomes a much stronger Psychologically.

A World class player moulded by the different countries and their domestic football as well as the culture of the countries themselves. Each has their own challenges to overcome.

Ronaldo is the extreme example of what can be achieved when you leave your own backyard and see the world.

This is, in my opinion, a key factor in why England fail at major worldwide tournaments. Their players just aren’t developed enough.

An example of what a domestic player can achieve is Gareth Bale. He was a truly wonderful player at Spurs. But look at him now. He is an absolute beast of a player who can take Wales to the Semi-Final of the Euros.

Technically great. Physically he has got better at Madrid. Psychologically much stronger now than when he left. Socially almost a different person. 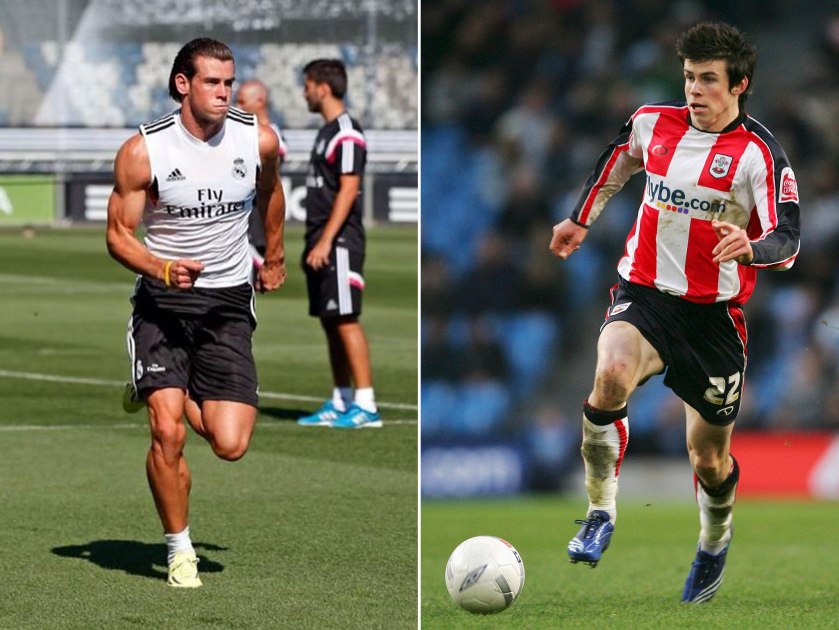 Where as England were dumped out of the Euros by Iceland. A nation who shouldn’t really be on the same pitch never mind knock them out. Who is Iceland’s star player? Gylfi Sigurdsson. A player who has left his domestic land and developed abroad in England. Thier are hundreds of other examples.

So to conclude this seminar. If England want to have a truly world-class team, then don’t you dare blame the foreigners coming over here, blame the English players for not going over there!!!

Get out of your own domestic safety net and grow as a player somewhere else. Grow as a man in another country. Learn another way of playing. Develop yourself in each of those 4 corners I mention.

Imagine an England XI with 2 players playing in Spain, 1 in Italy, 2 from Germany, 1 in France and the rest from Man Utd, Liverpool etc. Imagine how good you would expect that team would be…..

As a Newcastle fan it is obvious our window was beyond a joke built up of lies and misery. However, I just want to make clear to everyone how either incompetent our administration is or how scumbaggery they are towards our official ‘UEFA Elite Coach’ Rafa Benitez. Or perhaps they are both.

We had in place a deal for Chelsea left back Kenedy sorted TWO WEEKS AGO but it could only be finalised once Chelsea brought in a first team wing back themselves. Fine.
Oxlade-Chamberlain was their first choice but that fell through on Deadline Day morning as he joined Liverpool. So, my amazing club concluded that the Kenedy deal was off.

Alex Oxlade-Chamberlain has signed for Liverpoolhttps://t.co/VYn2yCcDcQ

Now, this is where some serious explaining needs to happen as at 2.30pm Chelsea agreed a fee for Zappacosta in light of missing out on the Ox. The whole football world knew this as the fact he had Costa in his name brought great attention. So, the Kenedy deal to NUFC is back on right? Apparently no.

Despite there being a good 8 hours or so for Newcastle to get in contact with Chelsea and sort out arrangements for Kenedy making his way to the North East in anticipation of Zappacosta signing, which in turn we could confirm Kenedy…Newcastle Utd announced at 7 pm that they had shut up shop with no more business for the day.

Apparently no. Despite there being a good 8 hours or so for Newcastle to get in contact with Chelsea and sort out arrangements for Kenedy making his way to the North East in anticipation of Zappacosta signing, which in turn we could confirm Kenedy…Newcastle Utd announced at 7 pm that they had shut up shop with no more business for the day.

Are you having a laugh?

Rafa Benitez has woke up this morning to a first team that is minus a left back. A left back that he had lined up a fortnight ago. Chelsea have their new wing back in place to make the deal happen, so why don’t we have it?
This isn’t due to time restraints as Zappacosta was in place many many hours before the window was due to shut. If Zappacosta deal somehow fell through, then Kenedy would too. That’s fine.
But to not have Kenedy at the training ground last night with medical done just waiting for the nod from Chelsea after Zappacosta was confirmed is totally unforgivable for its senseless incompetence.

Newcastle Utd is ran by con men who should be nowhere near the positions they hold. A 15-year-old boy addicted to Football Manager could conduct transfer activity better than them.

Or maybe it’s down to they just don’t want to bring any much needed new players in. That means spending money. Which we all know Premier League clubs don’t have….?

So in which case…what are you doing here? Get out of my club. What possible enjoyment do Ashley and his administration get out of it? Name me one thing? Shambles.

Once Rafa walks, everybody else should too.  Fans first, then Ashley will follow. It’s the only way to get rid of him. He isn’t interested in owning a club with an empty stadium. He will sell and we can finally move on.