“The fact is Jose Mourinho is made of a shiny thick coat of Teflon when it comes to any possible criticism of his teams, his management or his comments.” 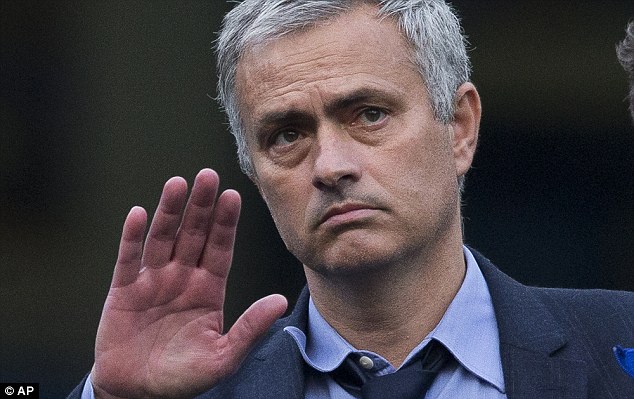 It is absolutely fascinating to witness the hacks in this country, as well Sky Sports and alike, that take pride in destroying anybody in football’s reputation or credibility whenever they see fit over the smallest of things, be totally uninterested in doing the same to Jose Mourinho.

Jose Mourinho has many gifts. A gifted manager, gifted coach, gifted translator…ahem. But perhaps his greatest gift is his Jedi-like mental hold over the media in this country.

They seem to be totally unaware that Jose can say any old nonsense and they soak it up like a sponge, no matter how ridiculous or untrue.

Take Jose Mourinho’s latest media propaganda regarding Manchester United’s end to the season. He claims that Man Utd have too many games so he is sacrificing the Premier League to fully commit to the Europa League. This in itself deserves to be scrutinised by the media in this country as to how many games Man Utd actually have, with the quality of squad he has available.

A five-second Google search tells me that the only significant injured players Man Utd have had over the last few weeks are Zlatan Ibrahimovic & Marcos Rojo. That’s it. Luke Shaw & Darmian were out but were they first choice full-backs? Luke Shaw certainly isn’t.

“He had a good performance. He was in front of me and I was making every decision for him,” Mourinho said. This critique was so pre-calculated that it came with one of those sound bites that Mourinho is always able to reach for. “It was his body with my brain,” he said.

Jose came out after another convincing away defeat at Spurs and claimed that Man Utd only have one game left to the season as they don’t need the Premier League games. Yet nothing is said from anyone about this ludicrous statement.

Jose Mourinho has been telling everyone in every press conference or interview that he can’t play a certain team for a certain game because he doesn’t have the players. Let’s have another quick five-second google search and find out if he is telling the truth. Players that have been available to him for his favoured 4-3-3 formation:

The fact is Jose Mourinho is made of a shiny thick coat of Teflon when it comes to any possible criticism of his teams, his management or his comments. In spite of the fact that he is actually treating the media with complete contempt, as he knows full well they will report whatever he says and then discuss it like starving sheep that fall over themselves with any soundbite which they desperately crave.

How about you delve into or even dismiss what he is telling you and look at the facts. You might then get around to doing some journalism and calling out Jose for what he has been over the past two seasons, a failure.