Newcastle Utd are at a crossroads.

Ashley and Rafa have drawn their line in the sand on how this football club moves forward. 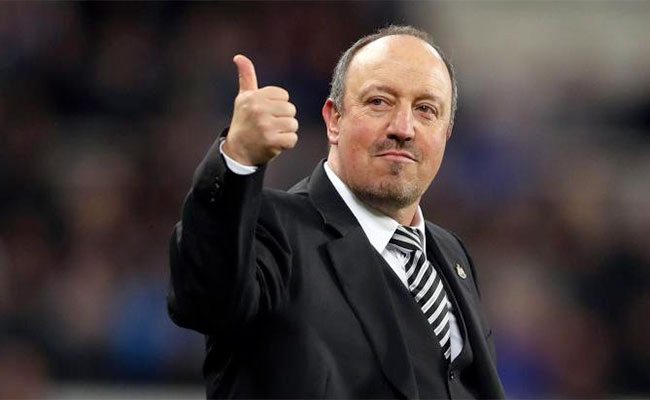 On the side are the fans, they have a choice and must make a decision on which side of the line they want to be on.

Ashley side of the line is to carry on regardless, filling out the stadium and accepting lack of investment in the team.

Rafa’s side is to make a stand against this nonsense and refuse to accept it. This choice is the most obvious, however, is the most difficult to make. As it would require some harsh actions…

Ashley’s side of just carrying on regardless in this mindless fashion of sitting motionless in the back seat of a car as it rolls down a hill towards the edge of a cliff is pathetic.

Two things are set in stone in the current climate. Rafa Benitez WILL leave in the current state of play at the end of the season and there WILL be anger and uproar when it happens.

So my question is very straight forward. If we know both these things WILL happen, why wait? Why are 50,000+ people buying the new shirt, filling out the stadium and waiting for the inevitable?

What are they mindless, cowardly sheep?

I have witnessed and lived through every situation under Ashley in the past 10 years but I have to say this latest one is showing badly on the fans more than him.

We all know what Ashley is by now. A cheap, ignorant and unfathomable moron when it comes to his understanding of running a football club. He doesn’t know what he is doing.

He only understands a handful of things. A premier league team, with passionate supporters filling out a 53,000 seater stadium with his Sports Direct banners all over it promotes his baby.

That is it. That’s why he is here.

So fans must realise that they have it in their power to get rid of him? Surely?

If you want rid of Ashley then don’t fill out the stadium. It’s that simple. An empty stadium on a Premier League level embarrasses him. It embarrasses the logos surrounding the empty seats.

He laughs at you. You know why? Because you paid him for the privilege of getting into the stadium and paying for your seat. He cares about your money, not your opinion.

The situation of Mike Ashley vs The People of Newcastle has come to a head now and it must be resolved. The fans have a direct choice.

Continue to fill out the stadium, sell out the £65 new kit and try to enjoy Rafa Benitez last season as manager before he waves goodbye for good.

Kick up a fuss and refuse to take your seat or buy the new kit and make Ashley realise once and for all what he needs to do. He needs to go.

Once Ashley enters serious and genuine negotiations to sell the club, then the Toon Army can flock back into the stadium to support Rafa and his boys.

Newcastle fans have the power in their hands to end this nonsense and save the club from inevitable doom.

That one thing is passionate match day support to a worldwide audience that actively promotes his sweat shop. Stop this. Kill it and he will go.

Once he goes, the new owner will invest in the team and in Rafa and we will be free to reach our potential.

If Ashley stays, Rafa will leave and some average manager will come in and we will go round the same old wheel of misfortune all over again.

It’s your choice lads and lasses. Make it.

(I’ve not stepped foot in St James nor bought a kit for 10 years now. It really isn’t that hard knowing it’s for the greater good)